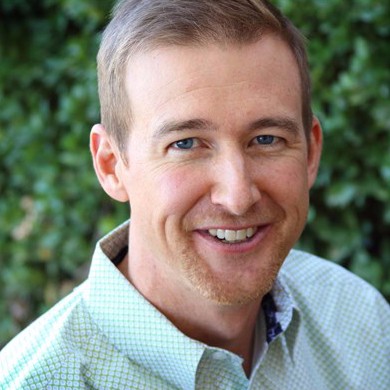 I’m Ben Edwards. Allow me to tell you my story…the story of change and transition that led me to the path I’m on today.

Born and raised in Belton, TX, I attended First Baptist Church growing up, played all the sports in school, and was voted “the nicest guy” in my senior class. I grew up watching both of my granddads practice “old school” country doctoring. They were general practitioners who might be found doing anything from delivering a baby, to amputating a leg, to sitting for an entire hour counseling a crying patient.

Early on, I knew that I wanted to be that kind of doctor, one who took care of the entire family from cradle to grave. I wanted to work with the whole body and the whole family.

I received my undergraduate degree from Baylor University, and later graduated from UT-Houston Medical School. Then my wife, Jamie, and I moved to Waco to complete my training at the Waco Family Practice Residency Program where I was Chief Resident. After graduation, the Lord directed us to West Texas and the Garza County Health Clinic in Post, TX.

There was not a doctor in the entire county when I arrived and the fledging clinic being run out of the old county hospital was struggling, with at least a $5,000 income-deficit every month. But my practice grew quickly and the clinic began to be prosperous. Later, when the clinic was completely out of debt and the tax payers were off the hook, everyone was happy. So happy, in fact, that they built a brand new, million-dollar state-of-the-art clinic for me. We eventually became the model-clinic, ranked in the ninetieth percentile of all American clinics for the number of patients seen, procedures performed, and charges and collections. Everything was going great. We even attracted some media attention. First, Texas Monthly then the Washington Post did stories on our clinic.

I’m not saying all this to be boastful but rather to paint a picture of where my life was personally and professionally prior to my life changing transition into Functional Medicine. I had the financial security, prestige, and position that came from my being the only doctor in the county, as well as a little bit of press and fame. I had it all by this world’s standards.

But then it happened….the divine appointment that would change the course of my life and the life of my patients in a dramatic way.

It came through my Nurse Practitioner, Shane Frankl, who had been diagnosed with Celiac, a disease where the gut reacts negatively to any wheat product. The conventional viewpoint is that Celiac, like most other diseases, can only be managed, but not cured. So you can imagine my surprise when I witnessed him eating several foods that contained wheat at the clinic one day without any negative symptoms.

The shortened version of Shane’s story is that he encountered an Integrative Physician on a vacation that was willing to spend several hours telling him how he could actually get over Celiac. Shane put the doctor’s advise to the test for several months and did become symptom-free. This, of course, really got my attention! And after much contemplation I decided that I was morally obligated to investigate what exactly Shane had done to overcome his Celiac symptoms so that I could offer the same option to my next Celiac patient.

I spent the following weeks and months reading, researching, and attending conferences, learning from older and wiser Integrative Physicians around the country and the world. I began to hear phrases like “if you weren’t born with it, it’s curable” and “these aren’t diseases, they are consequences” and “the body has an innate intelligence and knows how to heal if you just get the impedances out of the way.”

Reversing major diseases was foreign to me. I was taught how to manage these ailments, but not how to reverse them. However, I was now being introduced to many doctors and patients who were doing just that. Soon, I and my patients would be included in their ranks.
Within a few months of attending my first Integrative Medicine conference, I too had patients reversing their “diseases”….

In medical school I was taught that only two options existed for patients: Option 1, suffer with symptoms or Option 2, manage the symptoms with a medication or surgery. Integrative medicine has taught me there is an Option 3, fix it! I became convinced that this was the direction I needed to go. I needed to continue to learn and to be available to those patients who desired “Option 3.” However, getting to the root of a patient’s symptoms requires an extensive interview and examining process. My patient visits changed from the 7 minute, run-them-through-like-cattle and throw a prescription at the problem, to 2½-hour comprehensive visits. A doctor can’t go from seeing 40 patients a day to 5 patients and survive in today’s insurance-driven, high-volume clinics.

But it was time for me to move on to what the Lord designed me to be, a physician who believes that our body is designed perfectly and knows how to heal itself if given the opportunity.

Now I see that all we have to do is to find out what our bodies are missing that the Lord intended them to have, and what harmful things we are being exposed to that shouldn’t be there. Replace what’s missing and remove what is harmful. That’s it. Then sit back and watch the “miracle cure” that is waiting inside of you manifest.

I realize this may sound shocking, crazy, and too good to be true. I know because those were my exact thoughts in the beginning as well. But I invite you to browse the website with an open mind. Read the FAQ’s and Patient Testimonials. Read through some of the other Integrative Medicine resources and links. And watch our free Introductory Meeting where you can gain some knowledge that will help you start your own journey to true healing!

I hope that my story will encourage you to begin a new story of your own.