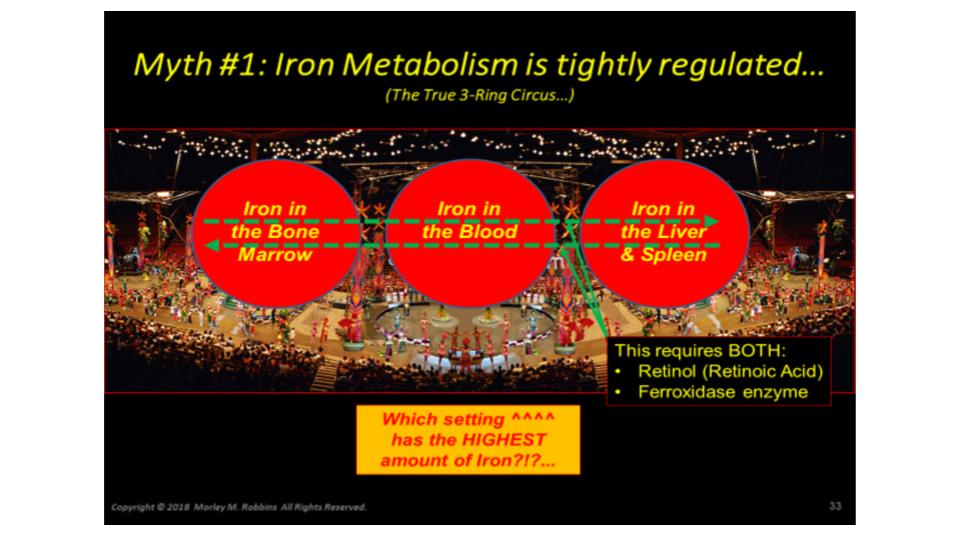 A rolling stone gathers no moss. Over the last several months, we have placed particular emphasis on the importance of real vitamin-A, aka retinol, especially its ability to regulate iron metabolism and literally, dozens and dozens of other key metabolic pathways.

And by virtue of this series of 75+ Iron Toxicity Posts, we know that since 1941, the food industry has been adding inorganic iron (filings) to our wheat.

In the early 1970s, this was increased by 50% thanks to the Food and Nutrition Board of the Institute of Medicine.

As horrific as this is, iron is but one of many synthetic nutrients that are being added to our foods, not the least of which are many vitamins.

And what we’re now learning is that synthetic vitamin-A (often in the form of Retinyl Palmitate), is also being routinely added to our foods – from orange juice to cereals, and many other processed foods. Well, yesterday, the insanity of these food “enrichment” practices got cranked up yet another notch.

One of my clients forwarded this article to my attention, expressing concern about the “anti retinol” message of its contents:

Clearly, this author, as noted in his remarks, has been influenced by the research of a Canadian engineer who professes that vitamin-A is very bad for our bodies and needs to be expunged from our diet. WHAT? I did a double-take the 1st time I read his Blog. But I stayed with it and decided to not simply reject it as more inane static, but see what we could all learn from this material and the positions that are being espoused and taken.

As many of you might know, I’m relatively “new” to this “real vitamin-A (retinol) party” and have spent the past 6 months taking a deep, deep dive into the retinol research (1855-Present), only to be stunned by what I did not know about retinol’s profound, and pervasive roles in our bodies.

That these metabolic dynamics are not common knowledge is breathtaking!
This image below is a screenshot of articles I’ve downloaded to my computer on this subject.  This represents ~50% of what I’ve read to date.  And much of it, as you can see is focused on the powerful interplay between retinol and iron metabolism. 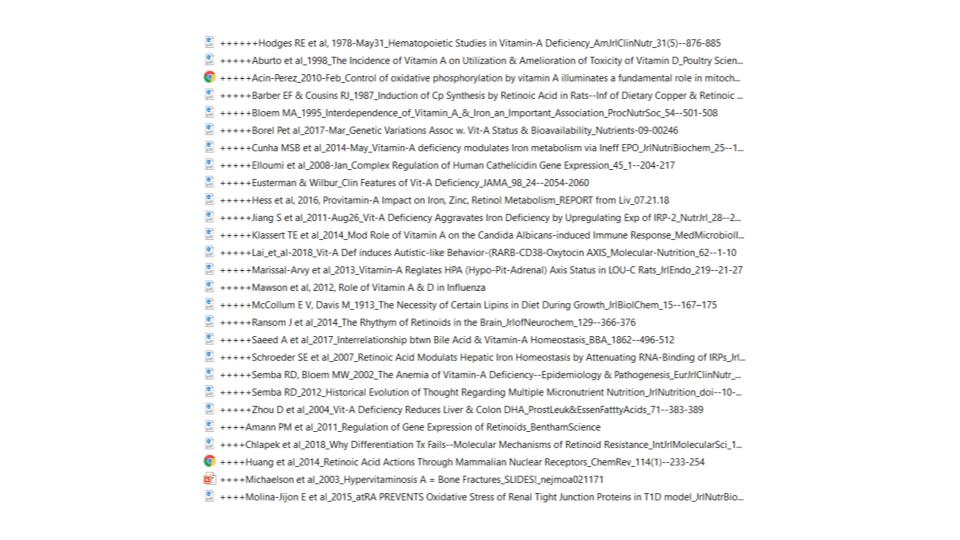 What we need to learn from the Matt Stone Blogpost, based on two online books published by Grant Genereux (2015, 2017), are as follows: 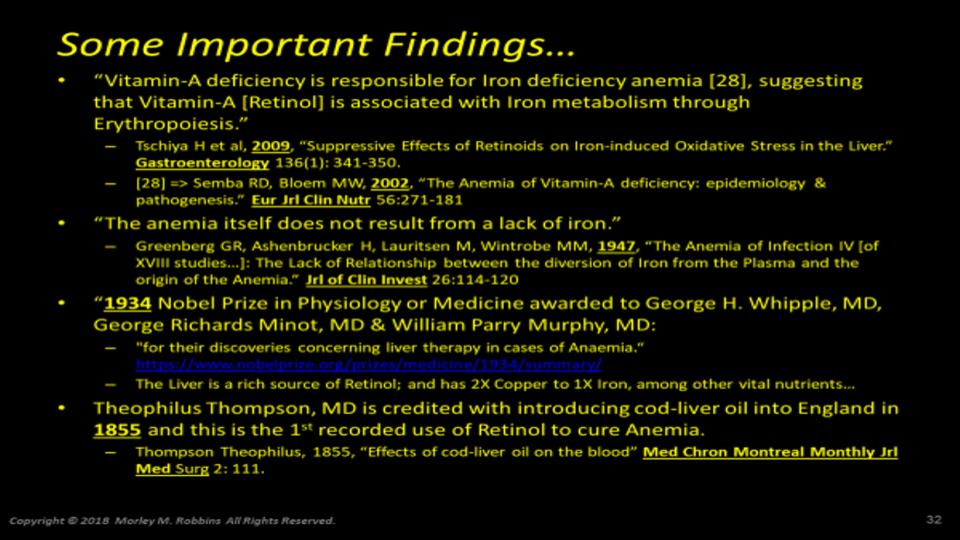 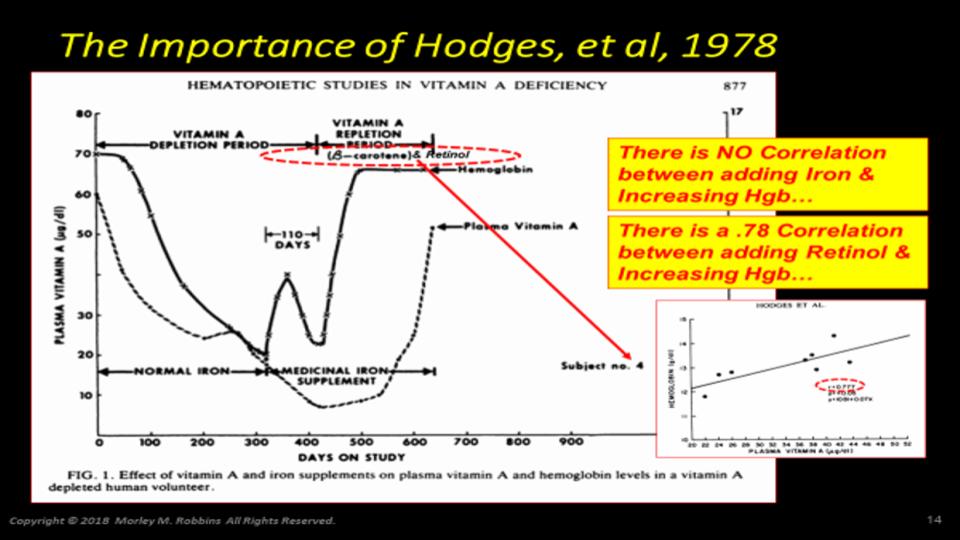 These would be among my highest priority reasons for challenging the position being proposed to “eliminate” all vitamin-A from our diet. As laid out by Matt Stone, it simply does not pass the nutritional and metabolic “sniff test,” but I will caution the reader and qualify my remarks by saying that I have not taken the time to read the two studies by Grant Genereux. And I should point out, I do not intend to.

Aside from the research that I’ve noted and profiled above, we would be remiss in not acknowledging the legendary research of Weston A. Price, DDS & his wife, Florence, that meticulously codified the diets of 14 indigenous Communities around the Globe, during the 1920’s, that had “perfect” teeth. And the cornerstone of their diets was fat, esp. vital sources of retinol!

At the time, Dr. Price noted that, on average, these individuals ate as much as 10X more fat-soluble vitamins, especially retinol, than the average American at that time.  It was a priority in their nutrient-dense diets, and to suggest its complete removal flies in the face of this pioneering research that represents the bedrock of what foods ensure optimal health for humans.

(If you have not read this amazing research, it will forever change how you view food and how you eat on a day-to-day basis.)

So, there you have it. This is a mosaic of issues that surround the importance and role of Retinol in attaining optimal health.

P.S. Here are the links for the two books by Grant Genereux for those interested in exploring his innovative concepts and nutritional theories further: