Every now and then the universe presents an article that is so stunning, so well-written, and so provocative, that you are wise to stop what you’re doing, and give appropriate pause and reflection to appreciate its message and its significance….

I would encourage one and all to take the time to do just that ^^^^ with this stellar article by Anne Galea & Andrew Brown, 2009, entitled “Special Relationship between Sterols and Oxygen: Were Sterols an adaptation to Aerobic Life?”
https://www.uni-lj.si/mma/urniki0910_macek_steroli/2013090614063351/

As a follow-up to this wonderful article, Andrew Brown and Anne Galea published this additionally revealing article a year later in 2010, entitled “Cholesterol as an Evolutionary Response to Living with Oxygen”
https://onlinelibrary.wiley.com/doi/pdf/10.1111/j.1558-5646.2010.01011.

To get a sense of how important cholesterol is to living successfully on this oxygen-rich planet, please note the 1st figure found in their 2nd article. The 2nd Figure highlights the central importance of oxygen in our metabolism and the fact that its activation into energy depends on bioavailable copper, and its elimination as Reactive Oxygen Species (ROS) ALSO depends on bioavailable copper. Yet again, everything that we’ve been “taught” to focus on and fear, re Cholesterol, is actually a lie as this element is life-affirming and essential to our optimal existence with oxygen on planet earth. Let the reality of that sink in as you progress through this fatty commentary.

Ignoring the introduction of two key Toxins, Fluoride & Glyphosate, into our environment, I would contend that the three most toxic “dietary” agents that have aggravated our metabolic homeostasis and our overall health are:
1) The introduction of inorganic iron into our grain-based products, starting in 1941, and which was further increased by 50% in 1969 by the actions of the FDA!
2) The global obsession w/ a low fat, therefore no retinol diets that has under-nourished two generations of earthlings! Please know that the brain accounts for a mere 2% of body weight, but consumes 20% of our oxygen, but also 25% of the cholesterol in our body. It is worth knowing that failure to make and recycle brain cholesterol is at the very heart of neurodegeneration in our “modern” society!
3) The ubiquitous dominance of $TATIN$ in the “Rx Quiver” of conventional practitioners! As the attached Figures at the endnote, the rate of Cardiovascular Disease is down, but it is now being eclipsed by cancer. Is that really medical progress? To what extent have $TATIN$ contributed to this Global explosion in cancer rates and deaths?
We’ve spent a lot of time commenting on items #1 and #2 in this series of Iron Toxicity Posts, as well as our ongoing commentary on threads within the MAG FB Group. I can assure you, we will be slicing and dicing this Galea & Brown (2009) article in the coming weeks and months.  It has profound implications!

Here are some important dates and facts to understand as a critical backdrop for this key article:

So, why am I boring you with all of these facts?

As a global society, the medical system has been holding us hostage which is ruled by Niccolo Machiavelli (1469-1527); who perfected the art of “Intellectual Projection,” in the 1500s, that is based on blaming your opponent for your faults! (For those politically captivated among our midst, this is the exact dynamic playing out in Washington, DC that is gripping our nation into political gridlock – The Democrats, who sold Uranium to the Russians in 2010, are now blaming the Republican President of being a “Russian Spy!” Oy vey, does this foolish absurdity never end?)

Doctors, who are only doing what they are trained to do, and not a smidgen more, have been engaged in “M.achiovellian D.iagnostics” where they blame anything, but the real Metabolic Culprit for all manner of disease. For 65 years, that’s two full generations, folks!  Doctors have been attacking one of the most important biomolecules in the human body, cholesterol It has been methodically ignored one of the most toxic pro-oxidant metals that have been proven, time and again, to be the very epicenter of this oft-feared cardiovascular crisis. Yes, it was the iron all along that caused the LDL to get “rusty” that then led to the build-up of coronary plaque.

What physicians are clearly not taught in Medical School is that it requires 11 oxygen molecules to make one cholesterol molecule.

It turns out, cholesterol is the consummate good guy who was demonized by a Machiavellian Medical System. Don’t you find it fascinating that 13 Nobel Prizes have been awarded since 1927 for cholesterol and its metabolism, and now we’re reduced to eliminating it from our body? Hmm.

What this study by Galea & Brown convincingly reveals is just how important sterols are, especially cholesterol, to healthy aerobic metabolism in mammals! In fact, their elimination from our foods and our blood, via $TATIN$ and dietary restrictions, only increased our rate of oxidative stress! Trust me, it is not an insignificant evolutionary development that sterols appeared on this planet at the exact same time, some 2.5 Billion Years ago, as both oxygen and copper. For those intrigued by these astro-geological events, you will enjoy Crichton & Pierre, 2001, “Old Iron and Young Copper”:
https://www.ncbi.nlm.nih.gov/pubmed/11508852/

What this otherwise excellent article is silent on, however, is the centraL role(s) that copper plays in regulating cholesterol metabolism.  Please know, attacking cholesterol, especially via $TATIN$ is the height of “1984!” twisted, bi-polar and distorted thinking. (While I won’t go into details here, I can assure you that bioavailable copper is central to the synthesis and the regulation of cholesterol – in our body and in our brain!)
https://api.intechopen.com/chapter/pdf-download/42117

Along with the importance of retinol, it is vital to understand that cholesterol is an oxygen densor, as well as an H2O2 scavenger.

That alone is cause for fascination and alarm as we reflect on how we’ve been trained to attack it and eliminate it from our metabolism!

The rising levels of H2O2 in our bodies, which are known to react with the rising levels of iron are causing a striking rise in *OH Radicals, the most destructive biomolecule on the planet that affects our cell membranes, proteins, and DNA (both mitochondrial and nuclear). It is also worth noting that this “signaling oxidant,” is a major factor in the conformational “de-naturing” of the ceruloplasmin protein that is meant to be the master anti-oxidant protein/enzyme to keep our bodies in proper homeostasis. (I’m up to identifying ~20 separate and distinct enzyme functions for this amazing, “Moonlighting” serum protein!)

And what makes perfect sense now is to learn that the activity of ceruloplasmin and a key cholesterol enzyme, cholesterol esterase, are inversely related in bodies that are struggling with oxidative stress. What I believe is safe to say is that Mother Nature never intended that our cholesterol would be found in such iron toxic bodies that are constantly generating oxidative stress.
https://www.ncbi.nlm.nih.gov/m/pubmed/11535939/

So here’s the key question: “How many people (family members, friends, neighbors, work colleagues) in your immediate social circle are still taking $tatin$? (And for all the wrong reasons as noted in the litany of research shared above!)

This is not an insignificant question to ponder in light of excess, unbound iron.

This is not an insignificant metabolic component that’s missing from our body.

It is high time we come to grips with how wrong we’ve been by the combined efforts of moronic, myth-guided and machiavellian food and medical systems.
Well, thank heavens we know about and have the Root Cause Protocol (http://rcp123.org) to allow our bodies to make proper sense of all this and lower our oxidative stress/rusting processes! 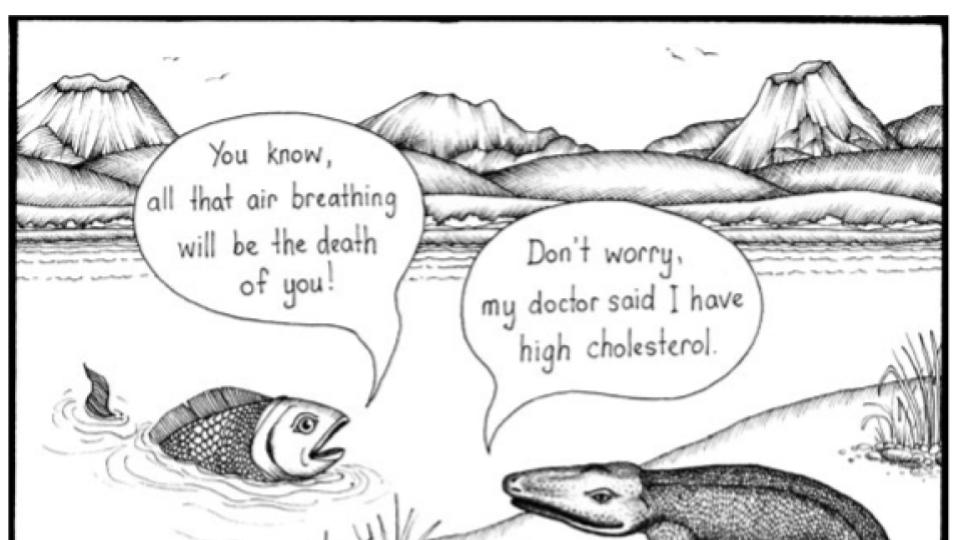 This Cartoon Says it all. 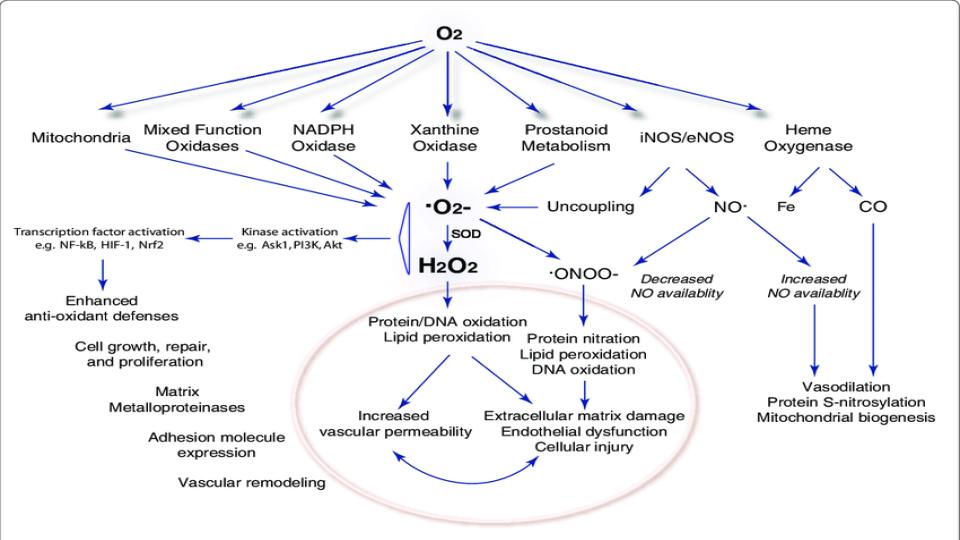 The ever-rising use of $TATIN$, to what cost to society’s purse and health? 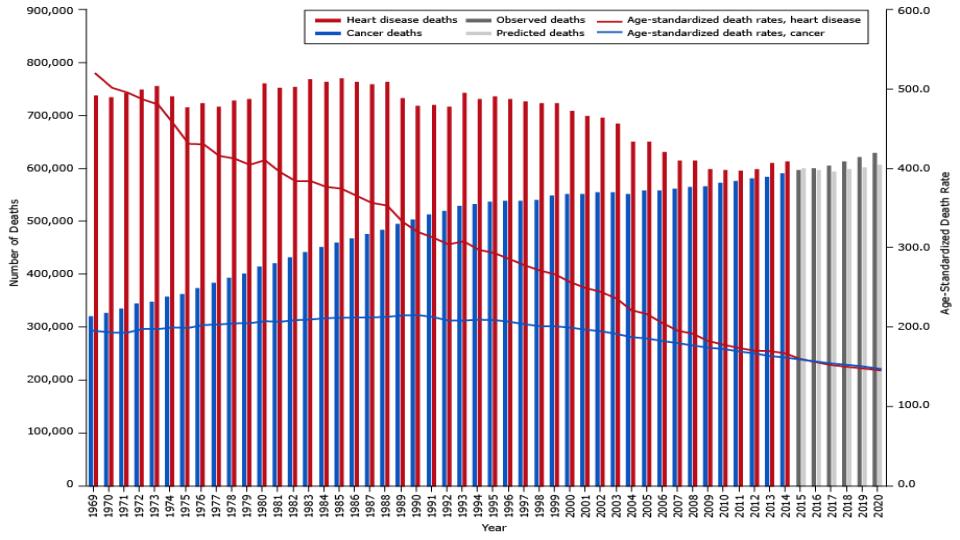 Yes, Heart Disease is down, but there is an alarming rise of cancer. What price progress?