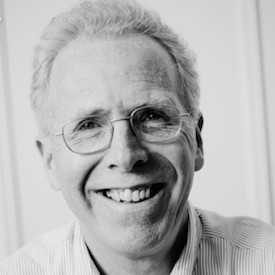 Morley Robbins is the creator of The Root Cause Protocol.

Morley (aka. “Magnesium Man”) is one of the foremost experts on Magnesium’s role in the body, and the delicate dance Magnesium plays with Iron, Copper, and Calcium.

And he remains the de facto leader of the Magnesium Advocacy Group on Facebook, with over 175,000+ members (and growing daily).

As a certified health coach with an expertise in Hair Tissue Mineral Analysis (HTMA), Morley has performed over 4,500 one-on-one consultations with clients from around the world.

Morley has a mainstream medical industry background. He had been a hospital executive and consultant for 32 years when, several years ago, he developed a condition called “frozen shoulder.”

His family doctor quickly recommended surgery as the only hope for Morley if he wanted to be able to lift his right hand above his waist ever again. Friends who owned a health food store intervened and encouraged Morley to try chiropractic care. His initial response: “Thanks guys, but I don’t do witchcraft.”

Several months later, the pain was wearing on him, and his friends insisted. It only took a couple weeks of “light touch chiropractic care” (Network Spinal Analysis) before his shoulder had full range of motion once again.

The experience was so life-changing for Morley, he questioned everything he knew — or thought he knew — about healing.

He realized that this was a key piece of the whole health puzzle that virtually no practitioners seemed to be aware of — even in the natural health world.

He was captivated by this mineral, and went on to read even more. Much more…

Twenty-one books and ~2,000 articles (and counting) on Magnesium and Magnesium deficiency, Morley has come to realize that Magnesium plays a role in all metabolic systems, and is therefore a contributing factor to nearly all major health issues.

Magnesium deficiency is the common thread for millions of Americans who are dealing with heart disease, diabetes, obesity, osteoporosis, cancer, general fatigue, and any chronic condition borne out of inflammation.

As Morley read and made connections between hundreds of scientific studies, what he found was shocking: Magnesium deficiency, or insufficiency, was at the center of all these common modern diseases due to its central role in activating 3,751 proteins, and thus thousands of enzyme systems (far more than the Internet figure of 300 enzyme pathways…).

Today, Morley views it as his life’s work to push back the tides of nutritional insanity and Magnesium deficiency in the day-to-day lives of inhabitants of Planet Earth!

Through MAG, he is committed to educating as many people as possible about the MAG–nificence of Magnesium and ending the epidemic of Magnesium deficiency plaguing the health and well-being of American society.

Morley received his BA in Biology from Denison University in Ohio and holds an MBA from George Washington University in healthcare administration, with additional concentrations in finance and marketing management. Morley has completed his training for becoming a Wellness Coach, a Nutritional Counselor, and a Functional Diagnostic Nutritionist.

How to get help from Morley…