“Iron and the Red Blood Cell (RBC): Is this where the assault begins?” (OMg! Does a bear sleep in the woods?)

Dr Liz and I just watched the new movie on P.T. Barnum: “The Greatest Showman.” It’s definitely worth your time to witness the captivating story behind the indomitable spirit and imagination of this amazing figure in our entertainment past. The movie ended with one of the most famous quotes attributed to him:

“The noblest art is that of making others happy.”

I really like that sentiment, but I’m going to go one step further, and paraphrase it:

“The noblest act is teaching others how to be healthy.”

I am devoting the rest of my days to helping people on this planet to get educated and to get empowered on the key steps that need to be undertaken to re-store metabolic balance in their bodies. It is not rocket science!

I should add that I am hardly alone in this effort, and among my many “mentors” that have helped shape and mold my thinking about these key requirements is Jerry Tennant, MD (Dallas, Texas), recently praised with a Lifetime Achievement Award at the Doctors Who Rock symposium in Florida. He is also the noted author of “Healing is Voltage,” among other books, which is a must read for anyone wanting to understand the wiring of the human metabolism, and the vital importance of cellular energy production to assure optimal cellular frequency therefore optimal health.

Given that focus, what then do I regard as the most important cell in the human body?

Well, I would argue that it’s the erythrocyte, as known as the red blood cell, or RBC. It’s been on my radar screen for ~8 years!

Okay, here are some key facts that highlight the importance of this ubiquitous and largely overlooked cell in our body:

Given all of this, doesn’t it make sense to start the process of understanding how to stop the oxidative chaos that originates inside the red blood cells?

Call me goofy, but this seems to me like a penetrating look into the obvious. Thankfully, I am not alone in this thought, as it has been a major focus of research for many decades. Regrettably, none of these findings about the importance and the fragility of the RBC seems to be taught at any school of health practitioner training anywhere on the planet in this modern era.

Here are some noted studies that offer keen insights to this iron <> RBC foundational premise:

“Most of the protective activity [for RBCs] is associated with two proteins, transferrin and ceruloplasmin.”

As has been noted before, iron requires constant supervision or chaperoning, not unlike a 4-yr old with a hammer!

Figure 1 (below) of this seminal assessment of iron-induced calcification of patients with CKD is stunning. The fact that RBCs are considered connective tissue and have osteogenic [bone-making] properties is a game changer in terms of the recognized stimulatory role of excess, unbound iron in triggering and fostering plaque (atherosclerosis) and hardening of the arteries (arteriosclerosis), as well as calcification of organs throughout the body. 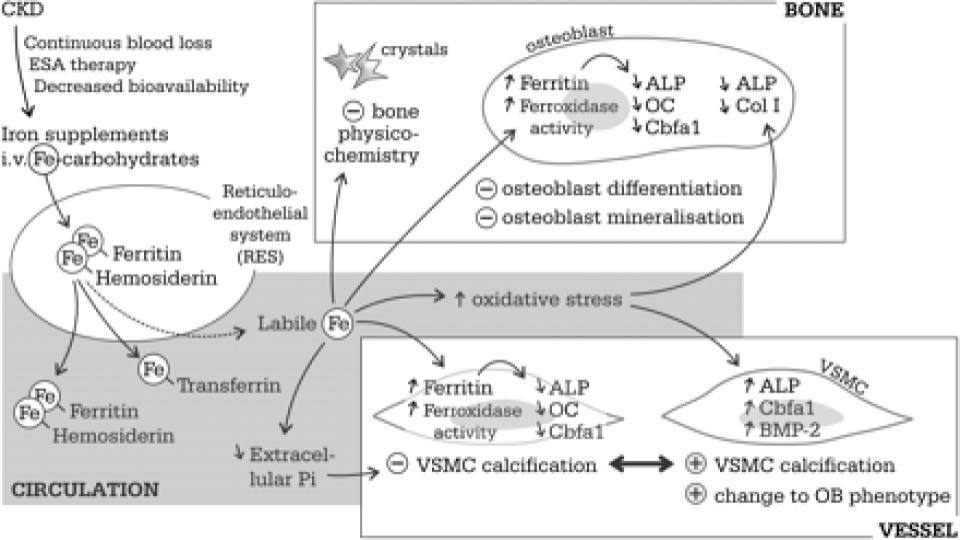 “Neovascularization is induced mostly by hypoxia [lack of oxygen, but also lack the ability to use oxygen] but the involvement of oxidative stress is also established.”

When the speed of hemolysis accelerates, the protective proteins to guard hemoglobin [haptoglobin] and heme [hemopexin] are simply used up! 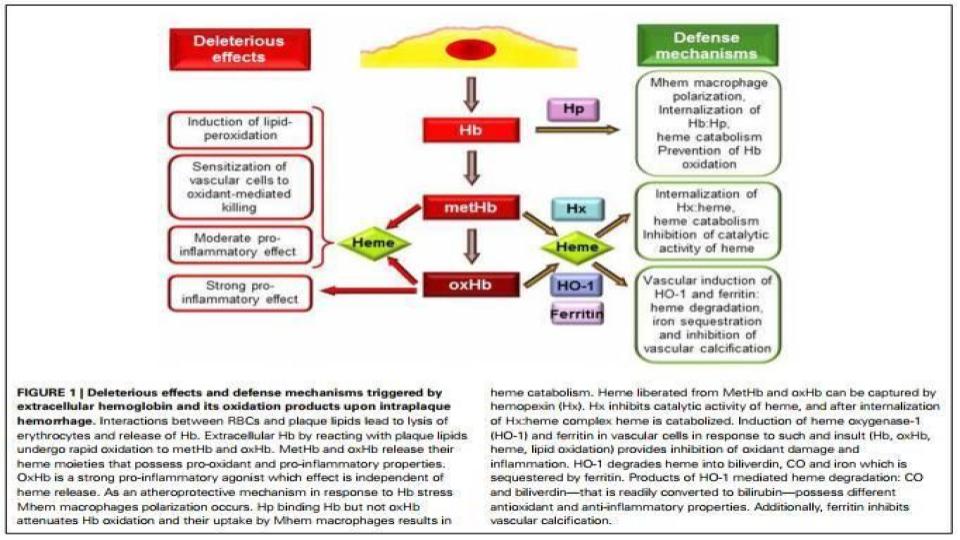 “… osteogenesis and pathogenesis of iron caused bone defects, and by exposing ferritin as the cause of decreased OB [osteoblast] maturation…”

The excess of iron is the true bad boy in osteoporosis, and the role of ferritin is key, especially when it has ferroxidase enzyme function.

Once again, ferroxidase enzyme function protects via its anti-oxidant properties and functions throughout the body.

So, what’s the bottom line?

We are left LOST in the Byzantine world of allopathic blood testing. There are no tests for:

Trust me, I could go on, and on with the limitations of conventional iron testing!

I think you get the point at this point in the process. The healthier our red blood cells (RBCs) are, the healthier we are. The potential for oxidative assault in our blood that is largely overlooked is quite significant. That is why we obsess over the level of magnesium in the RBC. Isn’t it odd that no doctor that you’ve ever been to has ever tested for this seminal mineral inside this seminal blood cell? Personally, I find that fact alone, staggering and incriminating. In light of the research shared above, you should too!

The better regulated by copper, and the better chaperoned by proteins our iron is, the less likely we are to be subjected to oxidative stress and/or inflammation. The research is quite clear about that, following four years of intensive study on that one dynamic alone!

So, the Root Cause Protocol has particular relevance and reason for its health-enhancing impact.

I will leave you with one last quotation from P.T. Barnum:

“The foundation of success is good health.”

He was the consummate showman, but I would offer that he was also a great “Sha-man”!