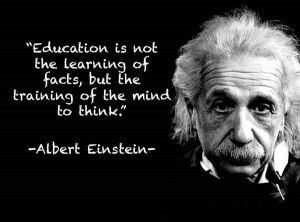 I’m going to start with three key quotations to set the stage:

“It’s not that I’m so smart. It’s just that I stay with the problem longer ” Albert Einstein

“How wonderful that we have met with a paradox. Now we have some hope of making progress” Niels Bohr

“If you can’t explain something simply, then you don’t really understand it well enough” Albert Einstein

Einstein & Bohr understood quantum physics in a way that few on this planet currently do, ever did, or likely ever will.

I do not in any way profess to mirror their IQs, I do believe that I have amassed an understanding about quantum healing that is entirely lost on the conventional world of medicine, solely because they fail to recognize, nor understand the magic of minerals, at a quantum, frequency and energetic level.

Okay, so where are we headed today?

Let’s be sure we are clear on the paradox of iron metabolism:

“All facets of iron dynamics and metabolic are dependent on bioavailable copper.”

So that when iron blood markers show irregularities, especially low ferritin, we know that that’s really code for:

All of these are water-soluble and most importantly you do not need more iron because there is no mechanism to get rid of excess iron.

As I state again, there is a major difference between iron deficiency (very rare) and iron dysregulation (very common).  This is the central point.

Given that we understand this ironic paradox, let me stay with this problem just a bit longer and make sure you get the simplicity of the explanation and the solution.

Here is an article that I would strongly encourage you to read, and to share with your favorite lab-ordering practitioner:

It is a penetrating study of the toxicity of intracellular iron, which is ferrous (Fe2+) Iron. It is the reactive form of iron that causes so much trouble. When this form of iron mixes with the growing levels of hydrogen peroxide (H2O2) Think, hair loss, Hashimotto and histamine intolerance, which is an H2O2 machine as well as many other conditions that we will be talking about in subsequent posts. It creates cellular chaos that we call oxidative stress:

What mineral has notable qualities to prevent oxidative stress?

For those who are unfamiliar with Fenton chemistry,  this is a catalytic process, which involves Fe2+ and H2O2 => OH- (Hydroxyl Radical). This reaction is the most destructive oxidant, reactive oxidative species (ROS) on the planet, as well as inside our cells, and that’s a fact.  It is the very oxidant that dings our DNA and causes all of the methylenetetrahydrofolate reductase (MTHFR) madness.

What this Rada’s study really does is clarify that there are three aspects to iron metabolism that must be fully understood:

What your practitioner may obsess over is #1! In my humble opinion, it is their Achilles heel and it is our metabolic undoing.

So the importance of this study is that the build up of intracellular iron is devastating to the metabolism of the cell, especially the neurons and oligodendrocytes. In fact, here’s an important quotation from the discussion from the Kress’s study:

Wow! That’s strong wording!
We know what a neuron is, it’s a brain cell.  The oligo’s are is simply that cell that are designed to make myelin sheath, Hence the protective coating for the nerves, and it is a copper-dependent process using lysyl oxidase.

To say it in another way, excess unbound iron kills both the brain cells and the copper-dependent enzymes that then cause neurodegeneration such as AD, PD, MS, FA (Ataxia) and ASD. For those seeking the PLITO (Penetrating look into the obvious) here’s your additional reading/sharing assignment:

As I’ve said a few times before, lack of bioavailable copper is devastating to the cellular mechanics and metabolism.

So that’s what happens when there’s an accumulation issue. As for the sequestration issue, know that our bodies are finely hewn to keep iron away from pathogens. Why? Because our metabolism know that these critters all feed off of the excess unbound iron. That, too, is a fact. More on that in subsequent posts, I promise!

Finally, what’s this mobilization issue all about?
It’s all about ceruloplasmin (Cp). Cp’s gift to our cells and to our bodies is to ensure that iron gets mobilized and moved to where it’s needed most. It is not intended to be stored in ferritin molecules in our blood.

That is simply flawed contemporary thinking today. Red blood cell metabolism, and by inference iron metabolism is an elegant recycling program that must be kept in a constant of movement.

So here’s the classic article on ceruloplasmin (Cp) that is apparently no longer on the approved reading list in any schools of practitioner training:

Maybe this idea that iron deficiency being the world’s # 1 dietary issue might not be corrected. Though I would say it a bit more bluntly; I’ll leave you with that conclusion.

I realize that this post is long, that there’s a lot of information, but I am doing my level best to honor the sentiments of my quantum heroes noted above. Stay with me to reveal the paradox, and put it in terms that even I would understand.