Iron Toxicity Post #55: Ferritin is NOTHING, Hemosiderin is EVERYTHING!

Ferritin is nothing. Hemosiderin is everything!

Have I got your attention? I sure hope that you are well rested for this one! This iron toxicity post is, however, a game changer!

I am done with the incessant nonsense about ferritin this, and ferritin that especially from folks who try to tell me that their thyroid Rx meds simply won’t work unless their ferritin is ~100 ng/mL. It is frightening when there are endocrinologists who believe in this.

I realize that’s a bit harsh, but today I am re-defining the landscape of our understanding about the copper<>iron dynamic.

Let me share a recent conversation that I had with Sir Douglas B. Kell, PhD, knighted in 2014 for his pioneering and penetrating research into ferritin (“Iron Behaving Badly,” 2009a) and whose research lab is at the University of Manchester in Great Britain. It was an honor just to be able to spend some time with him, and also a bit humbling when I realized we were the same age! Dr Kell had actually watched my video, liked it and even said that I was “spot on!” re the pathogens and critters living on that iron.

The highlight of the conversation, however, was when I asked him, point blank, what is the ideal level of ferritin in the serum? With no hesitation, he answered: “zero!”
I said, “Excuse me?” Did you really just say, “zero? And he simply smiled! I, then pointed out, “Do you realize that you are in violent opposition with every practitioner on this planet? He merely smiled.

OK, so that short, but engaging conversation absolutely rattled my cage, literally and figuratively. It’s worth noting that ferritin is, in fact, a cage that can hold all those 4,500 iron atoms, as noted above. As we read on, please remember that ferritin comes in two types: Heavy-chain ferritin with ferroxidase function, and Light-chain ferritin with no ferroxidase function. Has your practitioner pointed that out to you yet?

So that life-changing conversation two weeks ago, really got me to thinking and reflecting on what else I didn’t know about copper<>iron metabolism. It didn’t take the universe too long to drop the bomb in my lap, and that is exactly what occurred this morning.

I decided to do something that I had never done:

I believed I hit the Google jackpot! Up came a blockbuster article:

Welch, K.D., et al, 2007, “The Effect of Copper Deficiency on the Formation of Hemosiderin in Sprague-Dawley Rats” BIOMETALS 20:829-839.
lookaside.fbsbx.com/file/Class07-Welch%20et%20al_2007_Cu%20Def–Hemosiderin.pdf?token=AWw34bPrfbm_GG0P9XyHOLX735Xm9qu0nLxg72WSqg5w4dgvQNf014tpc9K0OrO0Jd3esbu6NOTZglj_WulpeGpW_mLK2GsAVLIzDE1mv1n_jHY65Kza6UMNT0xYPD4lm09hoDzxPg9Mbvt35mfS9gUx

Please read this article. You can print out a copy for your doctor. Please request that they read it, too! In my humble opinion, it will save your life. Yes, I believe it is that important.

Knowing that there are those that will not take the time to hunt down that article let me quote some of the most compelling passages:

“Rats fed copper-deficient diets [that would be most of us rats, too] had no detectable active [emphasis added] serum ceruloplasmin, which indicates that they were functionally [emphasis added] copper deficient.”

The phrase, copper deficiency, is code for low to no functionality, not lack of the mineral. And this is true of iron, too, I might add but that is topic for another post.

“Animals deficient in copper [i.e. low in ferroxidase function] have an increased amount of hemosiderin.”

Has your doctor ever mentioned your hemosiderin levels to you? Hemosiderin is where iron gets stored in a bank vault with no key. Hemosiderin is an adaptation to the greek word, “siderophore” that means “iron carrier” as depicted in the figure below.

“Additionally, numerous studies have shown that animals fed iron supplemented diets [that would be most of us] have increased amounts of hemosiderin” (Chua-Anusorn et al, 1999; Richter, 1984; Whittaker et al, 1996)

“Therefore, it is possible that any condition which results in iron being loaded into ferritin via its own ferroxidase or by overwhelming the ability of the ferroxidase to load iron into ferritin properly [emphasis added], may result in increased hemosiderin formation.”

The significance of what this team discovered is that when ferritin does not have ferroxidase (as in the light-chain ferritin), the key cellular enzyme outside of ferritin’s own enzyme, the iron does not get loaded into the ferritin properly. It means that the faulty ferritin protein becomes essentially hemosiderin. This is a mind-bender!

When has your practitioner told you that ferroxidase enzyme is essential for proper iron loading into your ferritin?

“A number of studies suggest that copper plays an integral role in the cellular iron homeostasis, due to the fact that defects in co“We provide data that copper deficient rats [low in ferroxidase function] have an unusual deposition of iron in their hepatocytes (liver cells), indicating the formation of hemosiderin. We also provide data that copper deficiency results in an increased iron content of the hemosiderin fraction isolated from rat liver.”

“Additionally, we demonstrated that these results are associated with a lack of active copper-containing enzyme which has been shown to safely load iron into ferritin, in vivo.”

“Dietary copper deficiency has been shown to induce an anemia that was not ameliorated by iron supplementation, however, the condition was completely reversed upon copper supplementation.” (Lee et al, 1968; Roeser et al, 1970)

I get it; trust me, how hard to grasp the information before us! But this is a key development in our collective efforts to push back the tides of insanity and the lack of integrity of how copper<>iron metabolism are understood and addressed within the world of conventional medical and nutritional treatments. All is not as we’ve been led to believe.

These results and the implications of these results should send a collective chill down all of our spines!

My take on reflecting upon my conversation with Dr. Kell, as well as after reading this stunner of an article:

Wow, those findings seem to further validate and support the Root Cause Video.

Are you all beginning to connect these dots?

Now, here’s the best part. This is how the article comes to a close:

“However, the mechanism(s) by which copper is involved in iron metabolism remains largely unknown.”

I truly believe that that sentence is a factual statement, but the research knowledge is, indeed, there, it is just that conventional MSM education elects not to teach this truth. Therefore, it remains “unknown” as it is too, is placed in an educational bank vault!

This is very much in keeping with the classic description of medicine: “Not known, because not looked for”

And the article does add further insights to bring the article to a provocative close with this point.

My question to you all: Do you think the iron researchers are at all confused about the central role of ferroxidase activity in iron metabolism? I’m mightily impressed, however, by the scope of the research that exists to back up these mineral truths.

Well, we’ve covered a lot of ground today. I know that this post introduces several new concepts and some challenging material, but it also builds on mineral concepts that we’ve been harping on here at the MAG FB Group for the past 18 months.

I will await the comments, the questions and the inevitable pushback. We are forging new ground here. I’m delighted that we have this opportunity to learn together and apply these ground breaking truths in our respective lives and the lives of those we care for the most. 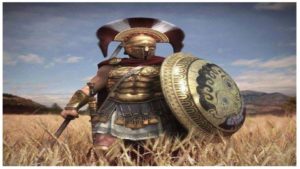