One of my all-time favorite movie scenes is the climax in “The Wizard of OZ,” when Toto pulls back the green curtain to reveal the truth that the so-called “wizard” is merely the “snake-oil salesman” from the opening in scenes of this delightful cinematography gem.

That scene is what inspires me daily, and has for the past 8+yrs, to dig deeper and deeper for the truth of what ails us. Please take a moment to refresh your memory of this captivating & symbolic scene:
www.youtube.com/watch?v=NZR64EF3OpA

I feel that all of that digging is beginning to really pay off! 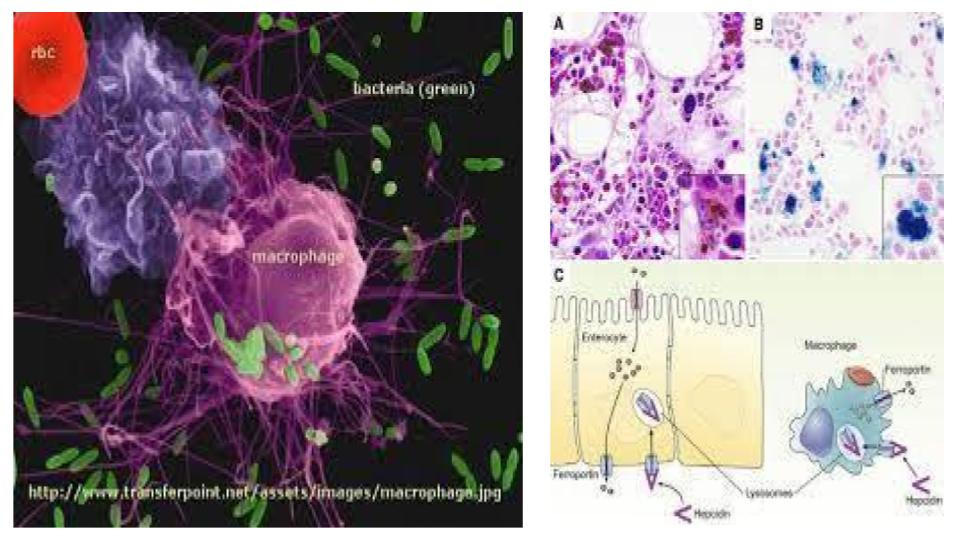 Today’s scientific discovery was simply amazing! I would ask each of you to read it from stem to stern. It’s a stunner that connects many of the dots that we have been discussing, exploring, and debating for the last few years. We have sought to understand the origin of all of this metabolic dysfunction that stems from mineral dysregulation, but often gets labeled “medical disease” because no one thought to challenge or question the veracity of the great and powerful Oz!

Please take a moment and spend some time with this blockbuster study:

In my humble opinion, this article is a major smoking gun!

This is an illuminating study in how arterial plaque becomes a reality in iron-loaded tissue. In effect, what it is revealing is the exact process of how iron stimulates inflammation and key chemical agents in that inflammatory process that are directly involved in the process of calcifying the artery wall. It is very specific to the inherent nature of iron, and it is a very deadly process that affects millions of people all over the planet.

“MCP-1, [Monocyte Chemoattactant Protein-1, aka CCL-2], a chemokine involved in Macrophage recruitment at inflammation sites released by macrophages, but also by smooth muscle cells and endothelial cells, and plays a crucial role in the both the initiation and progression of atherosclerosis, and MCP-1 levels reflect the atherosclerotic plague burden”

Let me translate this for you. It means it indicates yet another role that iron plays to activate the calcification of soft tissue. There are others, especially the activation of hepatic stellate cells, as well as the creation of intracellular endoplasmic reticulum stress that releases stored calcium into the cell/cytoplasm.

Excess iron causes calcification. It is well researched in research labs all over the globe.  It is important that we fully understand how does iron build up in the macrophages to cause this phenomenon. You may recall that this was the focus of a recent post on iron Toxicity (#56) earlier this month.

Let’s review; there are three ways that iron is the causative agent in creating inflammation:

It is safe to say that excess, unbound iron causes inflammation. That’s an important bedrock mineral understanding in your efforts to stop this insidious metabolic insanity.

And while the three factors noted above are an iron and circular process, the excess, unbound iron is the very agent to cause the release of the hepcidin hormone that keeps the iron inside the macrophage.

This is outlined in the next quotation:

“Hepcidin, induced by iron and inflammation, acts to block [emphasis added] iron recycling from macrophages by binding and causing internalization and degradation of ferroportin, the sole iron exporter.”

Of course, this article is silent on the role of ceruloplasmin oxidase, aka, ferroxidase that is central to the ferroportin-driven process of iron egress that was explored extensively in iron toxicity post #56.

What we are learning, is the gap in understanding the full role of ceruloplasmin is a major factor in why so many are suffering from iron overload conditions, but yet are being deemed “anemic”. Regrettably, it is a classic case of mistaken identity that these conditions are in reality, “Anemia of Chronic Inflammation”. This means a condition, which calls for more bioavailable copper, and not more iron!

We also learned that iron is the mineral agent that causes calcium loss in the bone matrix, i.e. hard tissue (Jian, 2009) by both stimulating the action of osteoclasts via the activation of acid phosphatase, but iron also blunts the action of osteoblasts, the bone builder cells. This is a stunning role for excess, unbound iron to play, especially in the aging body.

Now we take from this study by Valenti, 2011, yet another compelling revelation that iron causes calcification build-up in the arteries (and organs, as we’ll see momentarily), i.e. in the soft tissues of the body.

To drive this iron-induced calcium formation point home, here are a series of articles that prove the role of MCP-1 in stimulating and activating the calcification of soft tissue and organs. It is iron that is at the very epicentre of this metabolic mayhem.

Mind you, the conditions noted below are not medical disease. There is compelling linear feet of research to prove just that. These are but a sampling of the thousands of studies on this topic alone!

Those who are inclined to dig, please look for the role that MCP-1 plays in these and other tissues around the body.

Now you know that it’s iron and iron-stimulated agents that are causing the rise of MCP-1, which is then causing this process of calcification.

This excess calcium is not coming from mars!

This excess calcium is not a medical disease!

This excess calcium is created by excess, unbound iron. That is a metabolic fact!

Please take the time to refresh your understanding of the role that iron plays in the flip sides of metabolic chaos; oxidative stress and inflammation:

It is a lot of information and I truly wish is didn’t take so much time and effort to explain these vital activities of a mineral deranged tissue.And in the immortal words of Paul Harvey:

“Now you know the rest of the story!”

As if Toto able to speak, I’m quite confident that that is exactly what s/he would say.

I trust this latest post will shed important new light on how iron is a central and causal agent in every conceivable condition that we are taught to fear and medicate. And for those of us steeped in the Root Cause Protocol, we know that we are engaged in a simple and directed process to reverse this iron metabolic process.