Iron Toxicity Post #71: There is no iron deficiency anemia on planet earth, but there is a pandemic of anemia adiponectin deficiency

There is no anemia on planet earth, but there is a pandemic of anemia!

Where are we headed today? This will also be known as “anemic advisory action alert #1!”

Folks, I’ve had it. It is appalling how conventional practitioners are about “anemia” vs. “anemia, which involves retinol-A!”

I intend to introduce several key concepts in this post to set the stage for future posts and explorations about the abject unawareness of what’s causing copper<>iron dysregulation. The ubiquitous condition of low functional iron, that is lazily and incorrectly being called anemia or iron deficiency, when it is anything but that! It’s time to set the record straight!

Let me explain further, as you well know that this is not the first time that I have made this assertion.

Anemia, as we will learn going forward, is very much a key and contributing factor for the rampant level of metabolic dysfunction and mineral dysregulation that is gripping the failing life-force of earthlings.

There are numerous factors that allow this anemic condition to exist and be the scourge that it truly is:

You might re-read this second bullet point again slowly to absorb the penetrating importance of adiponectin (APN, produced by the ADIPOQ gene) inside our liver and adipocytes (fat cells) that is noted below in the 1st diagram. That list of clinical conditions is the Who’s Who of chronic conditions that our loved ones and we are all suffering from. 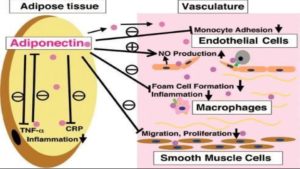 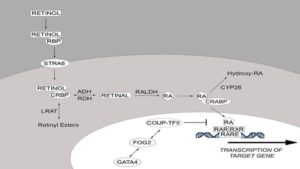 I will be focusing on these and related factors in coming posts and will be sure to provide proper scientific studies and notations to back-up my statements.

I simply wanted to drop some truth bombs to activate your neurons and allow you to assimilate on a deeper and more extensive level, some of the missing factors in this quest for metabolic truth. Especially as it relates to our mineral buddies, magnesium, copper and iron.

Bottom line: We have been grossly misled, and misinformed for the past century!

The series of dietary mistakes is building cumulatively generationally, in large part but not solely due to the following practices:

We have much to discus and discuss, we will.

And in closing, let me encourage each of you to watch the relatively new film by Australian Chef, Pete Evans, entitled The Magic Pill.

I would sincerely and formally request that this thread not devolve into a religious war of Paleos vs. Vegans – that is the farthest thing from my mind.

What I do want to do is highlight the penetrating comment that Rangan Chatterjee, MD, (2001 Graduate of the University of Edinburgh Medical School) and star of BBC One series, Doctor in the House. has to share with his cameo appearance in this film. Despite his brief role, he asks sterling, critical and stunning question of the audience:

“What are you eating?”

It is a topic that warrants further exploration, especially in light of the numerous factors that are enumerated above that are clearly decimating and assassinating our metabolism.

It is high time we take stock of how natural, how unprocessed, and most importantly, how organic is our diet to ensure that we are getting the nutrients and cofactors that are essential to ensure optimal metabolic function.

What do we need in our diet?

What have we been subjected to?

“What in the world are we eating?”

What is becoming increasingly clear to me is how interrelated all of these factors are, and while I’m introducing a new metabolite, adiponectin, you will take comfort in knowing that in the presence of retinol deficiency and a lack of bioavailable copper, this blockbuster hormone simply loses its effectiveness and regulatory zeal. When you take stock of the breadth and depth of this hormone’s dysfunction, it is not hard to see that this element, too, has been yet another, in a series of unintended consequences from this past century of dietary decisions to dictate our health.

So, we have more to explore with these and related issues and in the spirit of the Memorial weekend, I wish you all well, as we start yet another summer season in North American and another winter season down under! May it be a safe and relaxing weekend for all, and I’ll look forward to your comments and questions, as well as our continued exploration of these amazing factors in the coming weeks.

Danke for your time and attention!