MAG-pie and MAG-net Alert!…
Iron Toxicity Post #41…
Just when you thought you could relax this weekend and just enjoy the Olympics!… 😉
In my ever-continuing efforts to get folks — the world over — to restore and protect their Mg status, I’ve taken a most unexpected & extended journey into and through the wacky, Byzantine & most revealing world of Iron Research. Fortunately, this “D”etour has enabled us to BETTER understand WHY we are all SOOOOOOO compromised on our Mg status, and consequently on our health…
Now mind you, today’s Post is NOT what I had drafted yesterday… I had assembled a set of “Killer” Research Studies, had excerpts highlighted, had the ENTIRE Post written — and then LOST the Internet connection at the Hotel where I was receiving some training in Essential Oils… OMg! Are you kidding me?!?…
(I took the set back in stride as I figured that there was something “missing” in my message…)
And indeed there was!
I’ve decided to honor Einstein, once again, and seek to simplify this “You AIN’T Iron Anemic!” message, once more…
Think of this as Remedial Ironology 101…
1st some KEY FUNDAMENTALS:
o Definition of Anemia (from Greek: “an” = without, and “haima” = blood) and adopted in the early 19th Century from Modern Latin as “a condition marked by a deficiency of RED BLOOD CELLS or of Hemoglobin in the blood, resulting in pallor and weariness”
o Unbound (“free”) Iron has a unique ability to bring about 3 CRITICAL & DAMAGING developments within the cell:
— Iron LOWERS pH and forces the cell to an ACIDIC pH
— Despite Hemoglobin’s known role to DELIVER Oxygen, Unbound “free” Iron LOWERS Oxygen in the cell (Low pH = Low Oxygen; it’s a BASIC chemical & physiological property on this Planet… But KNOW that optimal Oxygen is at pH = 7.4, NOT at the other end!)
— Iron UNCOUPLES Oxidative Phosphorylation and LOWERS the production of ATP inside the Mitochondria (One study that I read indicated that it was as much as a 96% LOSS of ATP!!!) Hmmmmmmmm…
o Again, despite the blah-blah-blah from your M.ineral D.enialist, measuring Ferritin is NOT an indication of Hemoglobin status, and therefore, is NOT even close to being an accurate assessment of Oxygen-transport status, which is Hemoglobin’s JOB. Ferritin is an Iron STORAGE protein, NOT an active indicator of Iron metabolism NOR Iron physiology… A Ferritin-ONLY test is a FAULTY & MYTH-LEADING indication of Iron status… (Douglas B. Kell, PhD, “Iron Behaving Badly,” 2009a has put the EXCLAMATION Point on that issue…)
o It is a WELL-KNOWN fact, since the 1860’s, that “Iron anemia” is a clinical indication of Copper deficiency, or as we refer to it here at MAG, as LOW bioavailable Copper… The creation of EPO in the Adrenals (hormone to signal for NEW Red Blood Cells in Bone Marrow), the production of Heme, the insertion of Iron INTO Heme, the creation of Hemoglobin (a ring of 4 Heme proteins…) and even the proper use & impact of Heme Oxygenase I to RE-CYCLE Iron, ALL DEPEND ON BIOAVAILABLE Copper…
o LOW Ferritin is a definitive sign of LOW bioavailable Iron, thus “Iron dysregulation,” and NOT “Iron deficiency!” (And it turns out Ferritin, which also comes in TWO flavors, has a “Ferritin-Heavy” form which is VERY dependent on Ceruloplasmin… I’ll have MORE to say on THAT ^^^ later this week!)
So , given ALL of the above ^^^^, WHY in the world do practitioners — of ALL flavors — mindlessly administer IRON, given that it will ONLY CAUSE the Oxygen levels to DROP EVEN FURTHER, given the fact that XS, Unbound Iron LOWERS pH?!? And not one single word is EVER mentioned about Copper status, Ceruloplasmin status or the status of B-Vitamins that are very much a part of Iron metabolism…
And now I invite you to read a wonderfully written & researched article by Ray Peat, PhD, entitled “Iron’s Dangers”:
http://raypeat.com/articles/articles/iron-dangers.shtml
Those that have followed me for any length of time know that I have an intense “love/hate” relationship with this gifted, enigmatic nutritionist. This would be one of my FAVORITE Posts that he’s written — possibly because he, too, is sounding this IRON-IC ALARM!…
One of my favorite lines from this article:
” Iron deficiency anemia does exist, in laboratory situations and in some cases of chronic bleeding, but I believe it should be the last-suspected cause of anemia, instead of the first.”
I also will highlight his SUMMARY:
o Iron is a potentially toxic heavy metal; an excess can cause cancer, heart disease, and other illnesses.
o Other heavy metals, including lead and aluminum, are toxic; pans and dishes should be chosen carefully.
o Iron causes cell aging. [Please RE-READ that again… 😉 )
o Drinking coffee with iron rich foods can reduce iron’s toxic effects.
o Use shrimp and oysters, etc., to prevent the copper deficiency which leads to excess storage of iron.
o Avoid food supplements which contain iron.
o Take about 100 units of vitamin E daily; your vitamin E requirement increases with your iron consumption.
OK, so given that I’m NOT buying the “you’re Anemic” facade, what do I think ALL of these UBER Low Ferritin’s, Low serum Iron’s and Low % Saturation’s are really ALL about?…
ALL signs (and Research…) are pointing toward “Anemia of Inflammation,” which I will delve into with rigor and compelling studies to put this “Ferritin-driven-Anemia” Falsehood to rest…
ALL is NOT as it seems, but it’s getting clearer & clearer…
A votre sante!
MORLEY M. ROBBINS
https://www.facebook.com/groups/MagnesiumAdvocacy/permalink/1081365178598217/ 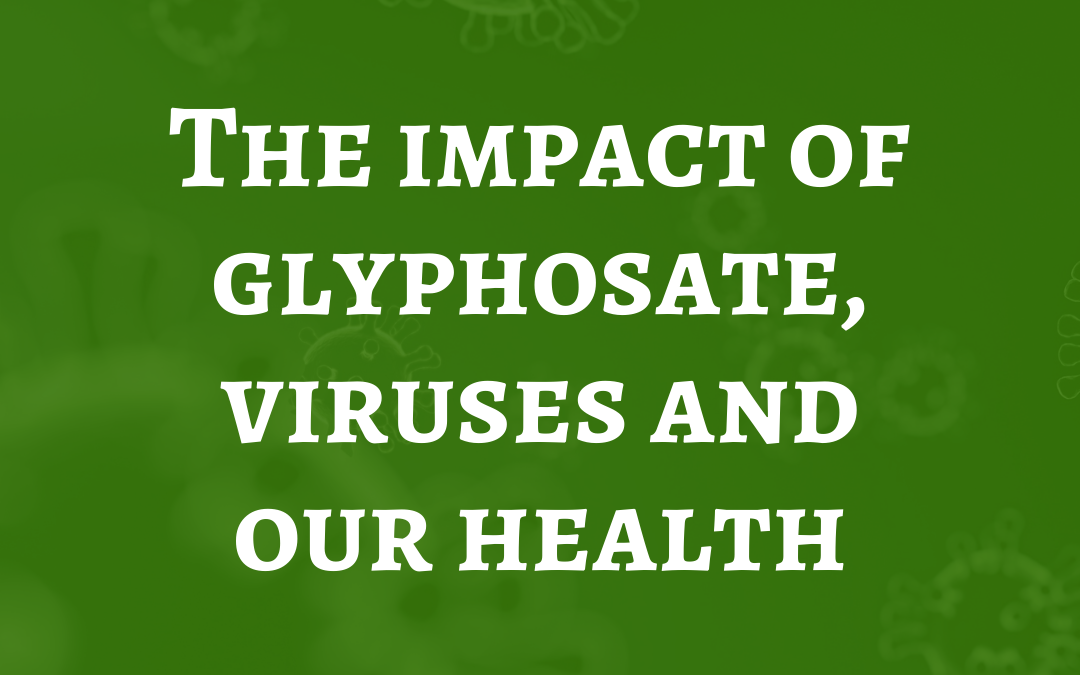 The impact of glyphosate, viruses and our health 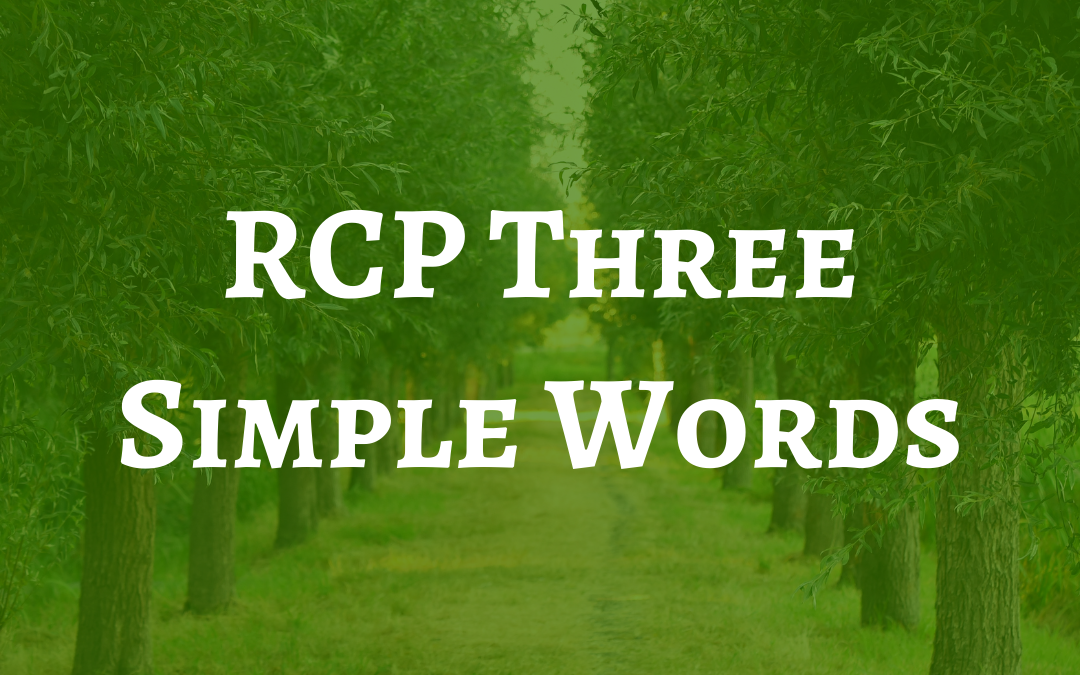 Morley has very recently shared a discussion around the RCP’s Three Simple Words.

More comments will be added to this later, but in the mean time, please check out this video! 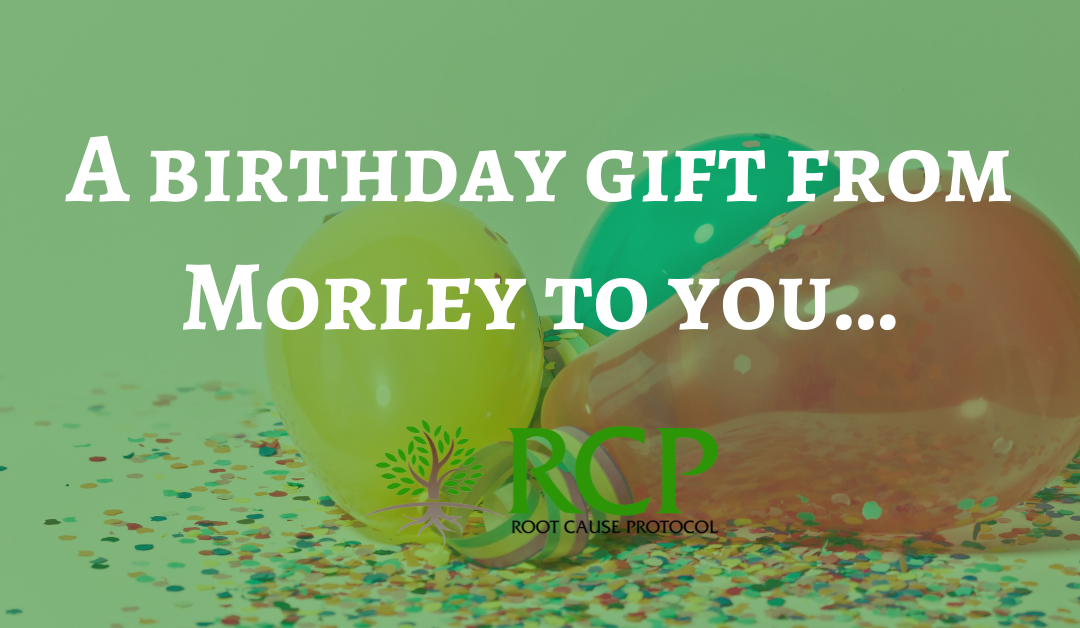 A birthday gift from Morley to you…

In honor of my 67th Natal Day, I’ve prepared a video of some KEY slides to explain the confusion of LOW iron in the blood and how it’s HIGH in the tissue!

It’s my latest attempt to educate the Masses to stop and re-think the “simple lie” that we’re anemic!… Nothing could be farther from the truth…

Please forgive the NO PICS of me… I inadvertently clicked OFF my video thinking that I was simply moving it off the screen!… Picture me being QUITE animated as I share this info, though…

Hope you enjoy the material, and that it sheds new light & new proof on this global crisis facing humanity…

We are NOT “copper toxic, & iron deficient!” The TRUTH IS JUST THE OPPOSITE:

Have FUN, and let me know what you think!…

PS. This image is referenced within this presentation… we can’t wait to hear feedback from you on this post! 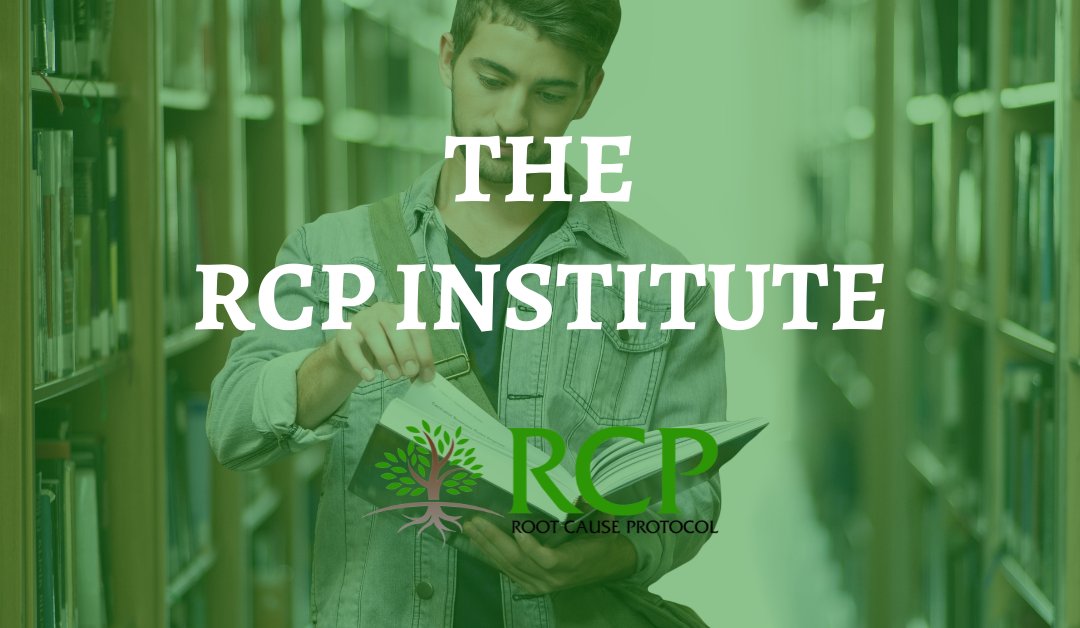 Copernican Institute has been renamed to RCP Institute

TODAYI started the Copernican Institute in 2017 to teach those who wanted to learn more about how to help themselves and others follow the steps of The Root Cause Protocol.

In less than 2 years, over 250 people from all over the world have attended this course.  It’s been a pleasure working with all of you!

As of today, we’ve decided to rename the Copernican Institute to the RCP Institute to bring this course inline with the RCP brand family.

Classes happen twice per year, so please click here TODAY to enroll or find out more about the next round of training (as at June 2019).